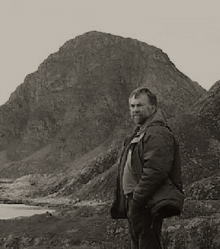 Q1 Why did you start researching the topic of Norway’s early history?

That was by pure chance. I happened to stumble upon Henry Lincoln’s The Holy Blood and the Holy Grail. A wonderful book. It featured such topics as Jesus and Mary Magdalen and their heirs – they are still around today. Then it investigates the Templars and early Christendom and eventually leads to some magnificent engineering art, where we learn that the ancient built villages, churches and fortresses all aligned in such a manner that they form an invisible geometry, the pentagram being the most prominent shape.

I was so intrigued I started to look for the same phenomenon in my native Norway. This in turn made it necessary for me to study history, religion and geometry plus several other disciplines. And what I eventually found astounded me.

Q2 Has conducting your research into your native Norway’s early history changed your attitude about the Earth, and if so how? 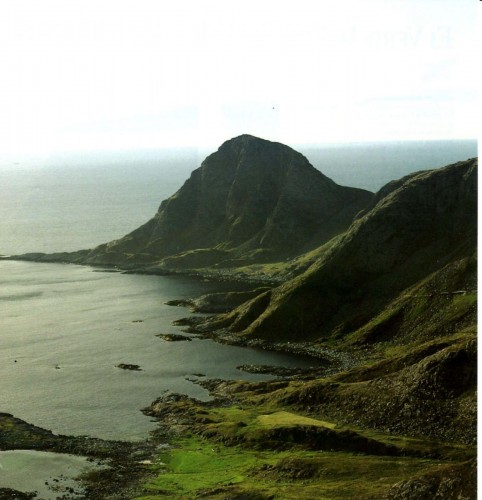 Perhaps I would change the question around. My research definitely changed my attitude toward the people living on the earth in earlier times. Their capabilities, their expertise, their unbelievably sophisticated knowledge covering topics that nobody has given them credit for before. A thousand years ago, they possessed knowledge that we have believed were never acquired until the last two or three centuries or so.

Q3 What was your greatest surprise from the whole research process?

That would be the fact that our history regarding the conversion of Norway to Christianity is very wrong. The fact that it came from Ireland and not Rome is extremely interesting. In addition, the type of Christianity that was introduced was of a type that the Catholic Church had tried to eradicate for many centuries. The way Jesus was viewed and symbolized was to me the biggest surprise. Moreover, many unexplained details of history suddenly become clear to me. 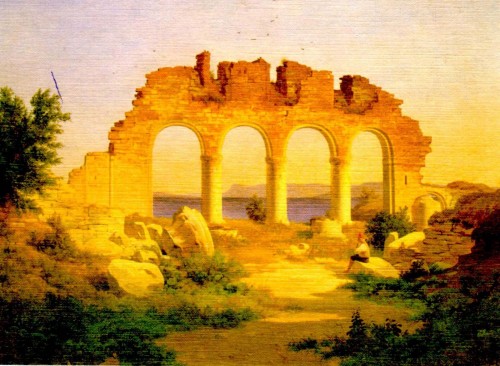 Q4 Do you believe in ley lines? If so, how do you define them?

My knowledge of ley lines is not impressive. Unfortunately, I am not blessed with the spiritual intuition that seems to be connected with the phenomenon. Therefore, my understanding of ley lines is restricted. But I do understand that it is important to recognise the distinction between ley-lines and geometric alignments. The latter is dealt with in my book, The Viking Serpent. With regards to defining ley-lines I would not presume to have the knowledge or understanding of them to be able to contribute anything remotely intelligible. In my book I only present what I actually found regarding the geometric alignments designed and executed by the Vikings and their Irish Christian collaborators. They really had a grand scheme, visible only to the initiated.

Q5 Do you feel the Earth is a living entity?

Definitely, if you define a living entity as something, which incorporates systems for preserving sustainability, in order to survive. In other words an energetic system. 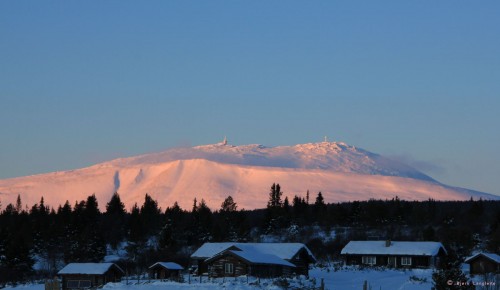 Q6 How do you view Trondfjell as an energetic system?

I have lived on Tronfjell 1666 metres above sea level for many decades. I have always been drawn to this majestic mountain. It is an old volcano and is rumoured to harbour a huge lake in its bowels. There has only been two former all year residents. One was a Buddhist philosophy professor from India whom lived there for close to 30 years, he died in 1945. The other was his Norwegian admirer and pupil. He died sometime in the 60’s. The mountain had been located by dowsing on a map by the Indian professors teacher in India. The flora and fauna on this mountain is a well kept secret. It abounds with rare plants, and bears and moose wander its terrain. In winter, living in my log cabin half way to the summit offers unique and unsuspected experiences. The ecological system contained here is one of a kind. It is a mountain filled with peace which it gladly shares with those who respect its uniqueness.

Q7 Would you like to visit Doolin as there is a “Reshel” ley line from Doolin to your holy mountain Tronfjell?

I would, very much. Doolin like Tronfjell must be very special.

Ed: Thank you Harald for such an interesting set of answers to fill us in more on your research into the secrets of the early Celtic Church in Norway and the Viking Serpent phenomena