The Soul World of the Celtic Tree calendar 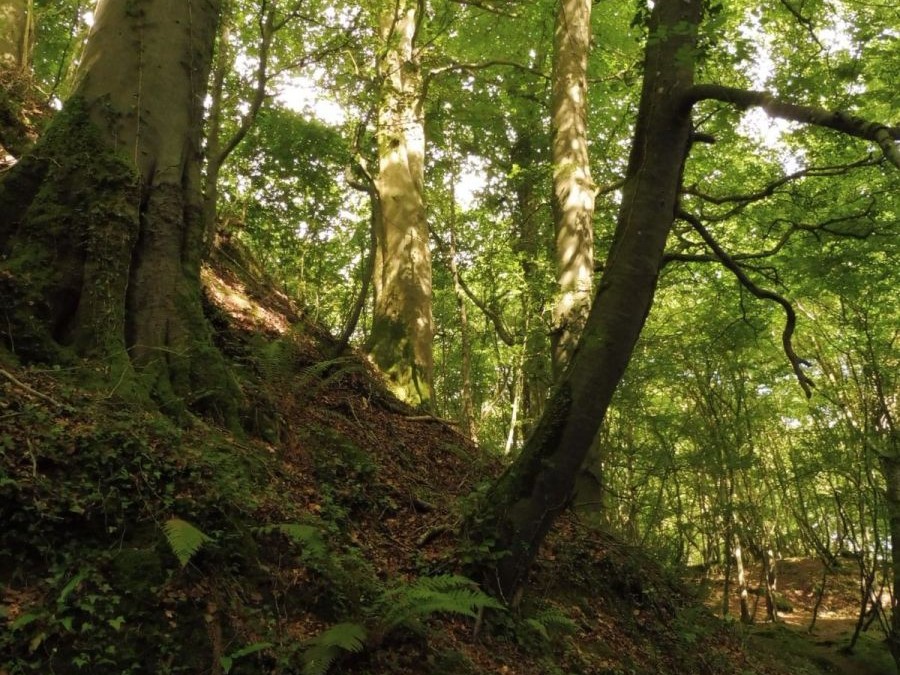 I am creating an exciting innovative range of  audio meditations honouring the Celtic tree calendar. This meditation product goes very well with my book Tree Murmurs and the Celtic Tree essences I administer as one of the first qualified Ogham Tree practitioners in Ireland.

The Background to how it developed:

In the Iron Age in the western fringes of Europe a sophisticated wisdom formed the backbone of an early legal system, as revealed in the Irish Brehon Laws of 700 CE. Many years ago when I was renting in Scotland, I had the fortune to come across an abandoned manuscript in the loft, and this alerted me to the existence of a beautiful tree lore that was intertwined in this highly developed thought system.

I read in this dusty manuscript of the Battle of the Trees, an epic poem, and started to ponder the qualities of our native trees, and their groupings that were once widely known. Although there have been many books written on the Celtic tree calendar that the trees fitted into, I was interested in the tree cycle as a representation of the inner path of evolution that mankind takes.

Given that we live in times of accelerated change both inwardly and outwardly, I would like to revisit these trees now and probe their relevance to us in our bid to grow and transform with the new energies we encounter now, for I sense that the wisdom is from another realm that is more enduring than our own.

The Celtic Tree Calendar as a font of knowledge and wisdom

The “Celtic tree calendar” was inspired and rotated around the initial consonant sounds of each native tree into a grouping of thirteen lunar months  which was overviewed by another grouping of five vowel trees fit, representing the five “Celtic” seasons. (There were two harvests in a good year and so there was low and high summer.) These sounds formed runes, or Ogham (pronounced AUM) and before this primitive alphabet was invented the trees were incorporated into an even earlier finger language according to experts. Perhaps surprisingly, the philosopher Plato’s tree alphabet in Greece was similar to the Irish runes, with the trees grouped into clusters of fives. Each cluster was a category of trees, such as chieftain trees and peasant trees. It would appear that the knowledge of the trees spread eastward from the west, as their system was more sophisticated and Roman and Greek travel writers have alluded to the great wisdom found there.

Ogma (pronounced Auma) is a legendary god who invented the Ogham alphabet. He belonged to the mythical race of faires who ruled the land with supernatural power. At the entrance to Ireland’s impressive prehistoric monument at Newgrange, the birch and yew ogham, representing birth and death respectively, are inscribed in the passage tomb!

The Ogham was centred on the world of trees, and the trees provided a perfect backdrop for a system of sounds that in time grew into a formal recorded alphabet, where each sound was symbolized by its own rune or Ogham.

Could it be that the early peoples, minus the distractions our own media-driven world offers us, heard the vibrations of nature emanating from the tree types? If God / the Creator had brought the world into being by breathing sound into the ether, then every materialized thing in nature has its own sound. Long before the concept of nationhood, people at different locations would perceive varying aspects of the sound according to their group soul, so different languages developed around the world according to the soul group’s focus.

Leaving aside the fascinating world of sound, the Ogham represents a perfect model for inspiring us to grow. My sense is that there is a new level to this tree cosmology that we can create in the etheric. In doing so, we collectively allow the vibration to rise to new levels. It also helps the trees whose role has been unacknowledged to a large extent by our societies’ greed. My exploration here will expose a system is still of relevance to us today…. one has to use the faculty of imagination in unraveling the path of transformation that the Ogham tree calendar hints at. What I am going to share is meant as a suggestion that I ask you take inwardly to see how it feels for you. I am calling this project

The Soul World of the Trees

Each month I am creating an individual tree meditation that is for the particular lunar month we are currently entering. These trees hold a blessed essence that the meditation will lead you to. If you wish to buy a physical essence for the tree from me I can post you one too. Please specify by email which one you would like. Listed below are the lunar tree months. In addition I am offering you four further meditations for the cross-quarterlies that form the major “Celtic” festivals of Imbolc, Beltaine, Lughnasa and Samhain. There are also five vowel sounds that are also represented by trees and which form the seasons. I will send these out according to the season we are in.

Pricing is as follows: