The sheela-na-gig of Clonmacnoise 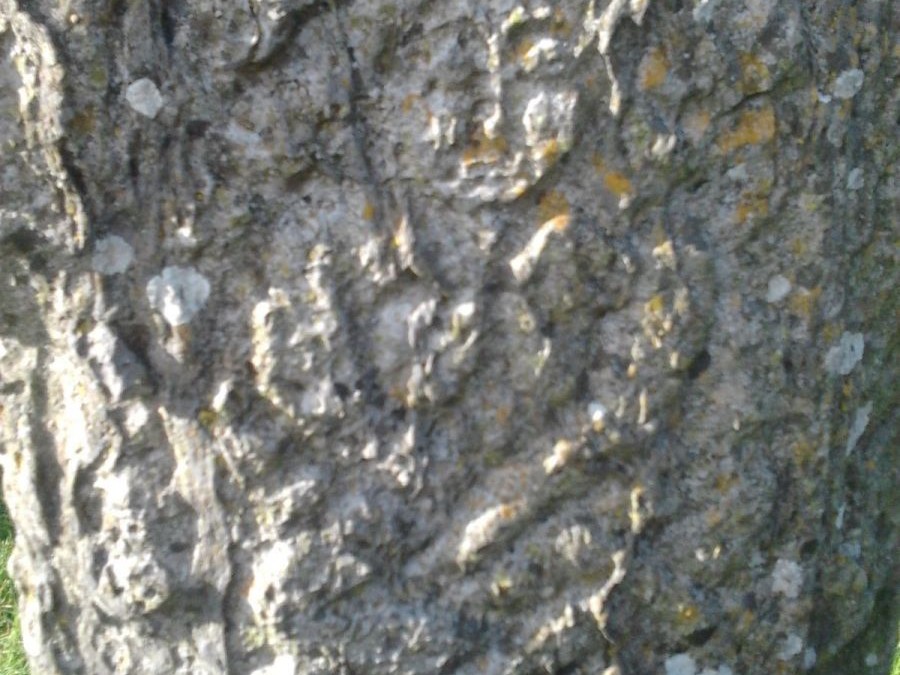 Sheelanagigs are not a constant in my radar as they are scattered fairly widely throughout Ireland and many are worn or in obscure places. That is why I was so pleased to spot one at a well-known tourist spot in the west of Ireland: Clonmacnoise is one of Ireland’s most picturesque monastic ruins. Alongside its scenic value, it was one of Ireland’s main early Christian centres of learning so many saints are associated with it. 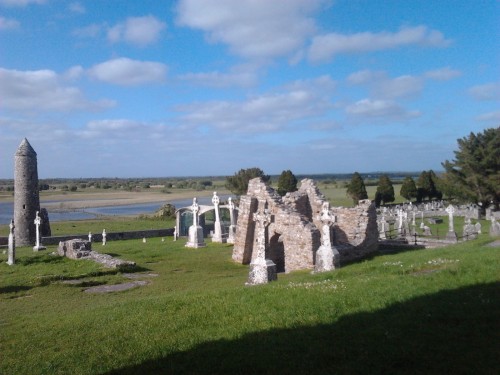 Collapsing monastic cell by shore of river Shannon at Clonmacnoise 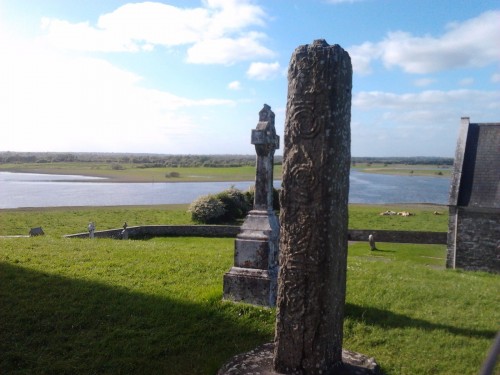 Often they are placed over doorways to medieval churches-and since the very early churches were entered from the west, the sheelanagigs are usually over Romanesque doorways in the south aisle. Some say they were to ward off evil spirits, while others believe they are symbols of fertility and for me, at least. they are marking sites that hold strong telluric forces ie the earth energies are flowing well at the sites where they placed the figurines. It was common in Celtic countries for the Church to carry pagan views alongside the more orthodox Roman Catholic dogmas, perhaps because these countries were on the fringes of the western world. It would have been natural to have honoured the divine feminine, the creative forces in the land, and the female creative powers inherent in half the population. Whatever exact interpretation you put on the figures, they are an enigma to Ireland. Jack Roberts in his illustrated map of the Sheela-na-gigs of Ireland says that they represent the Old Crone/Hag within the pagan triple goddess of Irish mythology. I would say they are goddess-like and appear more ancient than Christian times, but since they were created in Christian times the meaning may have shifted from pagan times. We will never know as there is no written record of why they were carved. Since this particular sheela-na-gig does not appear on Jack’s map, it appears I have discovered something new! The stone seems to have been part of an older cross shaft. If the sun had not been shining so bright, I too might have walked right past it. 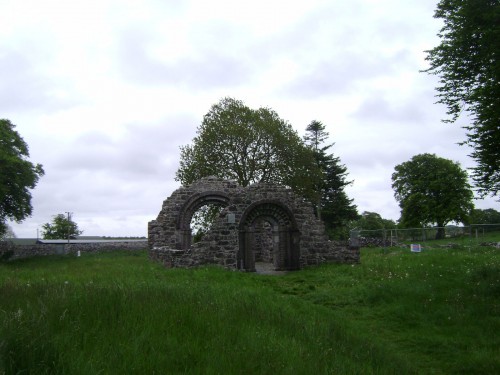 old nunnery tucked away beside Clonmacnoise

Another aspect of our visit that surprised us was when

Joe at our great local bed and breakfast told of us of another ruin nearby that lies beyond the cluster of old churches. 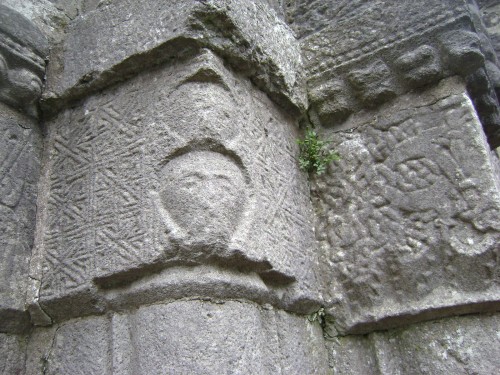 Joe was born in the house that adjoins the graveyard of Clonmacnoise, where there are some beautiful trees that drew me to them..I saw two women walking up towards the trees and it was only later that I realised that they had been to visit the old nunnery that Joe advised us return and visit.

There are many beautiful carvings to gaze at in the nunnery, and the esker (glacial mound) running from the nunnery leads back toward the monastery.

Joe says the locals believed the nuns used to walk through a tunnel inside the esker to keep dry when visiting the monastery for prayers. I began to view Clonmacnoise as a landscape temple, and the esker may be a hollow hill. There are many tales of hills with underground chambers, and this esker is said to have contained an underground passage. I can’t believe I had not visited Clonmacnoise for about 7 years, and I want to hasten back there whenever I get the chance…. it is a truly intriguing site.

Perhaps one of the most magical moments arise when you just wander and stop and look around on your own. I found a sweet spot among the avenue of large trees in the cemetary. The shadows from their branches felt protective and nurturing, and I was constantly aware of the river Shannon snaking its way through the plain beyond. As I rested in the shade, I got the sense that time stands still here, and that is when the spirits are are at ease. It is as my guests said, the most wonderful place to lay ones body to rest. 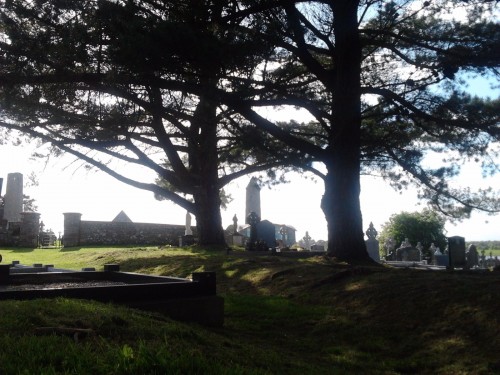