Winter Sunlight in the Burren 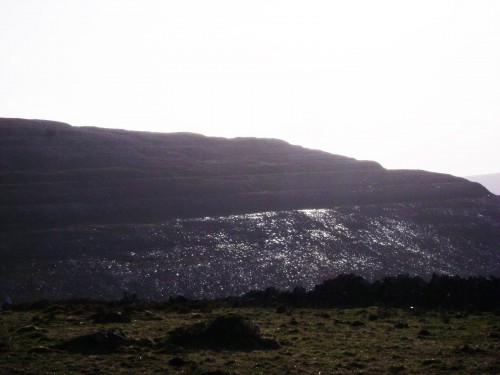 The rocks glisten and I listen to their eternal hum

It is the time of year when Spring fast approaches, and yet the winter days can be the coldest in the season.

So on the days when the sun blesses the land with a strong presence, it is a pure joy to be out on the land. I was so greatful to be out last weekend on one of the monthly walks that Burren Beo offer in the Burren.

We were climbing the lower flanks of Turlough Hill, one of the most fascinating areas of the Burren. I had been drawn to this hill for many years and now archaeologists are making it a point to study its strange features more (fodder for another blog shortly).

A year ago when I neared the summit a vast expanse of rock appeared over the horizon. I had one of the moments when my heart felt overwhelmed by a strange power emitting from the land. My feet wanted to root themselves to the spot so I could drink in the other-wordly elixir the moment offered. I cannot describe how it felt. It was the spirit of the land conveying itself in a sudden and subtle moment.

Something similar occurred last Sunday. As we walked over the crest of land a new vista appeared before us. 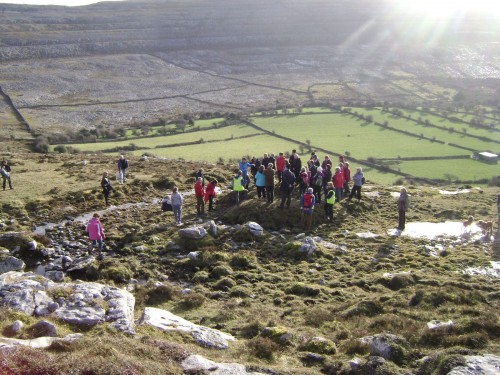 The sun was lighting up all the wet surface of the hillside. Bereft of vegetation the raw limestone sparkled and glistened like it could on no other day. Low light beams and water that clung to the cool rocks conjured up a magical sight for the eyes.

If rock has a soul it had duplicated into a thousand mirrors before our delighted eyes.

Then while the group gathered on a fulachta fia (crescent-shaped mound of burnt stones covered over time with grass) the sun showered sunbeams across the vale and slowly but surely they ensconced the group. The following two photographs show this sequence.

I am constantly reminded in the Burren that light plays with nature to offer these magical moments to treasure. We visit St Colman’s Well nearby on the Backbone Tour of the Burren. That’s another blog to tell… 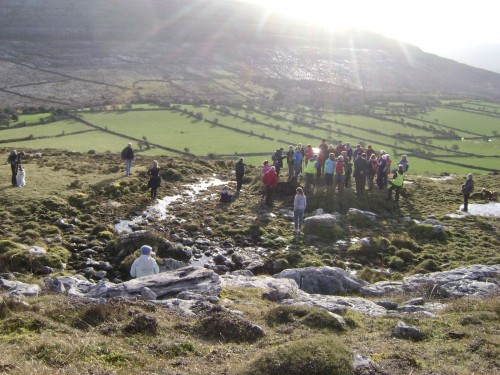