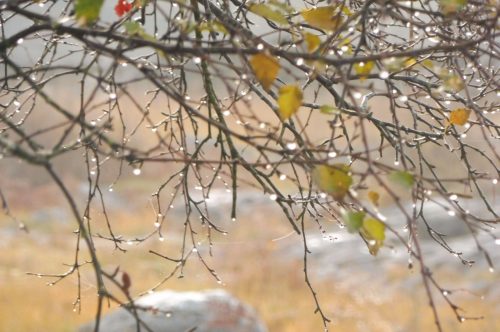 In just over two weeks I am organising a Gaia Touch Walk for the Solstice. This morning during meditation I tried a Gaia Touch exercise to strengthen the World of Beyond. It starts with being fully present in your body. It then leads you to a point where you can identify the stars of heaven being mirrored in your body. Then a later stage is about identifying the spiritual world through the world of our ancestors, successors and spiritual masters. It was a deep exercise – I don’t spend a long time doing these as I believe it is the intent rather than the time spent on them that matters more.  Then I opened the most recent book in English by Marko Pogacnik, creator of Gaia Touch exercises, who happens to be a colleague of mine in the past. The page happened to open at the exact exercise to connect with the world of Ancestors and Descendants! Although it was a different exercise than the first one, and in fact far simpler to conduct, I saw a shared thread. I felt both exercises would fit in well with our Gaia Touch Walk for the Solstice in Ennistymon, Co Clare. 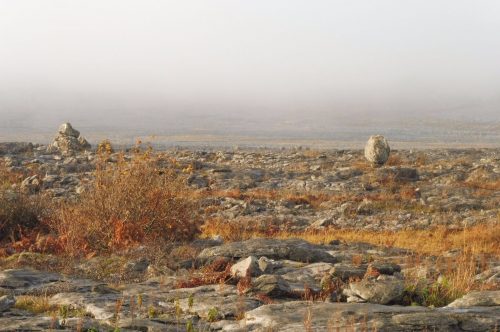 Moving on to the daytime and I was out in my car trying to locate sites in County Clare for various reasons. I ended up outside the driveway of a long-term friend of mine, who advised me to turn back since it was getting dark, and further reckies would prove futile. I drove away and thought I was following the most direct route into the nearest town, only to find myself on a small track traversing wild looking terrain. It took forever as a large tractor with machinery forced all other traffic to back up a hill a long way, and when I finally arrived at the end of the road it was not at all correct according to what I had memorised from the OS map! So I followed my nose toward the Atlantic I could see in the distance, and realised I was driving toward my father’s birthplace to the south of the town I had been heading for. As I descended the winding road downhill, I passed a castle ruin and a megalithic tomb and felt myself energetically moving out of my body backwards. This was exactly what the first exercise had been describing in the morning! I felt as though I had somehow connected the place of my ancestors with the desired outcome of the morning meditation exercise. Shortly after that strange sensation I passed my my father’s old farm… 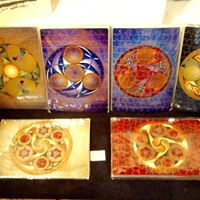 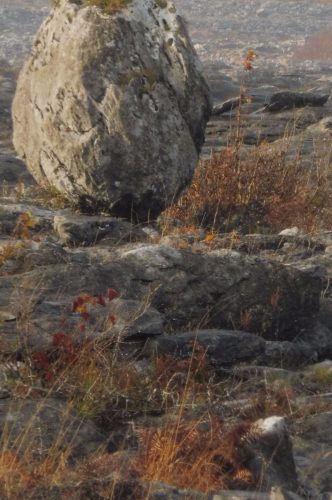 Once in the small town I felt I needed a break and went into an art gallery I had never entered before. There I met a man who said I was his first customer (at 5 p.m.!) He revealed he was obsessed with drawing sacred geometry from the old Irish manuscripts. He showed me beautiful examples of his freehand geometry he kept in long drawer out of sight….When I left town I stopped at a petrol station and saw one of the local women who had attended Marko’s workshop in May in the Burren. She told me she had become very keen to learn to draw sacred geometry shapes – and so I excitedly directed her to the competent artist I had just left.

In a sparsely populated region along the wild Atlantic Way, at a quiet time of year, the likelihood of meeting people of like minds within minutes of each other is slim. This woman had come over from East Clare and we arrived at the garage at the same time. I had not seen her in eight months!

So, perhaps my ancestors are telling me I come from a line of sacred geometers, or at least a mystical heritage, for the designs are all based on sacred knowledge. Our ancestors have humour. Life is full of coincidences when you are in the flow.
Blessed be, and have a Happy Solstice!