Now we are in the season of the Yew. I have uploaded a series of meditations for this season too. Recently I enjoyed a whole month in Nova Scotia giving spiritual talks and workshops. I focussed my workshops on the Celtic Trees because I am about to write a book on them, showing how the ancient Celtic alphabet can be interpreted as a language of the soul. In the workshops I shared examples of how sound, sacred geometry, the chakra system and much more is encoded in the arrangement of the Celtic Tree calendar that Robert Graves first described. People responded really well to the mix of practical exercises with trees, meditations and philosophy. We were in the Aspen season and welcomed the wisdom and hindsight that time of year brings. Many were able to express their wisdom in creative moments such as song and poetry and drawings. 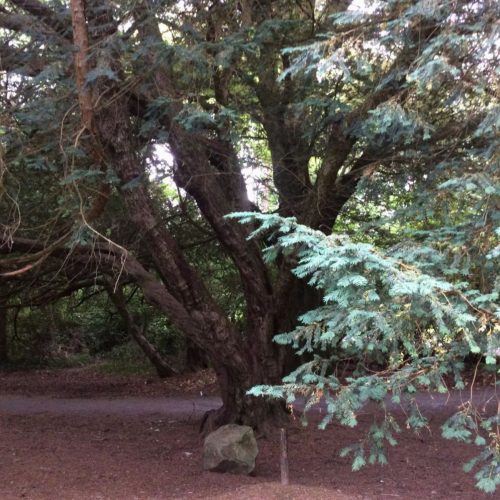 When younger I had the good fortune to receive a copy of translation of the Battle of the Trees, an ancient manuscript. It inspired me to write my book Tree Murmurs in 1999 to complement a nature walk I was leading in Edinburgh as part of the Fringe Festival. Now, 17 years on, I am revisiting this subject area to contemplate the way the Celtic trees inter-relate and form a whole which is greater than the sum of the parts.

Now we are entering the Yew Season. It is the time for regeneration in the silence. Standing at the threshold between death and new life, from our earthly perspective it can be rather daunting, as only death and birth are inevitable. In between the two, we do not really know what happens. Yet this silence is precisely what the world needs now.

Yews are one of the noble trees in the Celtic Tree calendar. It belongs to the northwest, and I am inviting people to travel with me to the northwest of Ireland to visit some ancient yews there, that grow close to an important ley that originates there, extending to Sinai in the South West. (18th-120th November)Next year I am giving more workshops in Ireland on the trees, for they are indeed major key players in the process of reconnecting us to nature.
Venues so far are

Once the events pages are listed I will revisit this page and update. In the meantime, should you want a Celtic Trees Workshop in your area, do contact me!

The poem for the Yew is

I am as deep as darkness

I am as still as a seed in winter

I bestow beauty on shadow-

I echo a primitive eternity.

I serve the seasons in my stillness.

I guard secrets to the world beyond

Come through my gate

Finally, I leave you with an image of the oldest known yew in the world at Fortingall in  Perthshire. 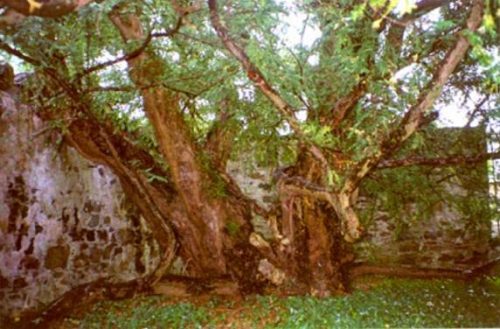